The “portability” clause in the new tax law (Dec 2010) may be more of a mirage than an oasis. Here’s the basic concept. Spouse dies and doesn’t utilize his or her (current) $5 million estate-tax exemption. In years/decades past, it was a “use it or lose it” exemption. For now, however, that isn’t the case because the exemption is “portable” and can be used by the estate of the surviving spouse (if circumstances seem to cry out for its use).

Here’s how it works (and doesn’t work). Let’s use Fred & Wilma Flintstone (and child BamBam) as an example. Fred dies first. Wilma dies second. BamBam survives them both. Prior to “portability,” unless Fred’s share of assets (separate or marital) was distributed to BamBam at his death, or was allocated to a “Bypass Trust” (BPT), the exemption was wasted/lost. In those cases, the assets usually passed to Wilma and then, at her death, Fred’s share of the estate and Wilma’s share were valued as ONE and the sum was subject to estate tax.

“Portability” now suggests that it doesn’t matter whether Fred’s assets pass to BamBam at his death, or to a “BPT”. Either way, his exemption is “portable” and can be used by Wilma’s estate when she dies. Hence, there is no “use it or lose it” problem. Along with “portability” came a $5 million per spouse tax exemption so, in the $14 million estate example above, $4 million will be subject to estate tax of about $2 million.

However, the “BPT” used in pre-2011 planning provided some benefits that “Portability” doesn’t provide.

1) Assets in the BPT appreciate outside of the estate of Wilma. Without the BPT, the assets appreciate inside Wilma’s estate thereby creating additional estate-taxes (e.g., if the $14 million estate appreciates to $20 million). With the BPT, the portion of Fred’s estate which is allocated to the BPT can appreciate endlessly — and never become subject to estate tax at the death of Fred or Wilma.

2) Assets in the BPT provide protection against Wilma’s creditors, but if the assets pass directly to her at Fred’s death, there is no such protection.

3) Assets in the BPT can also provide protection against the creditors of BamBam, but if the assets pass from Fred to Wilma to BamBam, the asset-protection benefits are lost — as are spendthrift protections, lawsuit protections, protection for BamBam against persons/entities exercising coercion or undue influenece, divorce protections, and “Special Needs Child” protections.

While estate-tax planning is still uncertain (e.g., will the government reduce the estate-tax from $5 million per spouse to less, or will the government repeal the “portability” feature?), it seems that the safest course for families with larger estates is to continue to use traditional Bypass Trust and QTIP Marital Trust planning, and a similar conclusion can also be drawn for families with estates smaller than discussed in this blog post.

Randy has presented hundreds of lectures, seminars and workshops on estate planning, asset protection and business succession.He is a frequent presenter at colleges, universities, conventions, financial institutions and church and social groups.

There's a lot that goes into setting up a comprehensive estate plan, but with our FREE worksheet, you'll be one step closer to getting yourself and your family on the path to a secure and happy future. 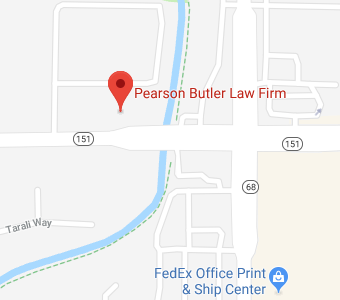